Although there was already a small chapel built on an Inca temple, which was used as an Indian Reduction at the end of the XVI century, building of the church as we know it began in 1610, through the initiative of the parish priest Juan Perez de Bocanegra.

In the interior are two beautifully painted organs that are considered the oldest in America.

This majestic artistry is also reflected in the coffered ceiling of Mudejar influence, the mural paintings of Luis de Riaño, paintings of the Cusqueña School of Art, the polychromy of the ceilings and the triumphal arch that divides the presbytery and the main nave.

Its baptistery retains the baptismal formula in Latin, Greek, and the native languages Quechua, Aymara and Puquina. The paintings which adorn the walls are framed by enormous mouldings of cedar wood and gold leaf. 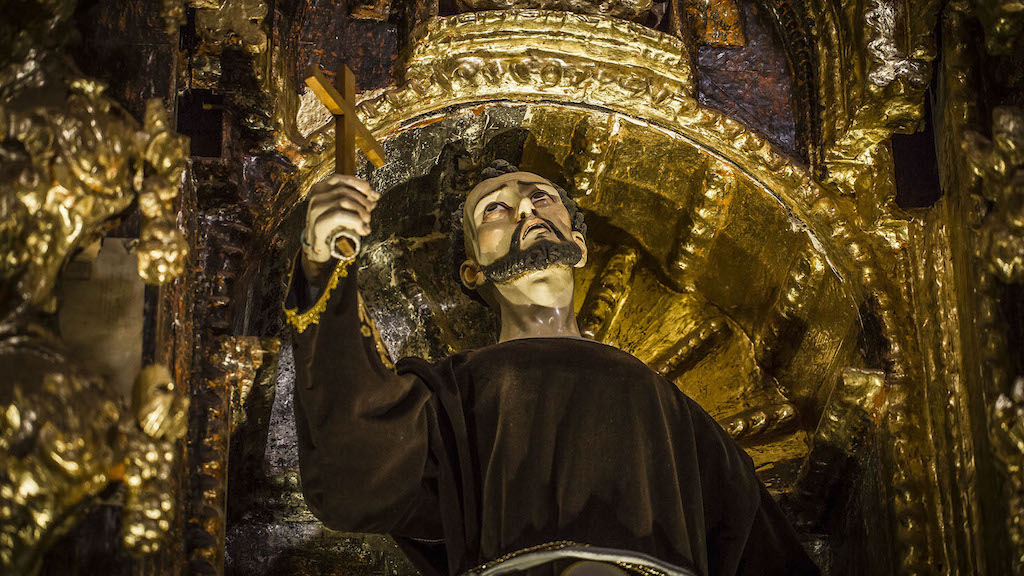 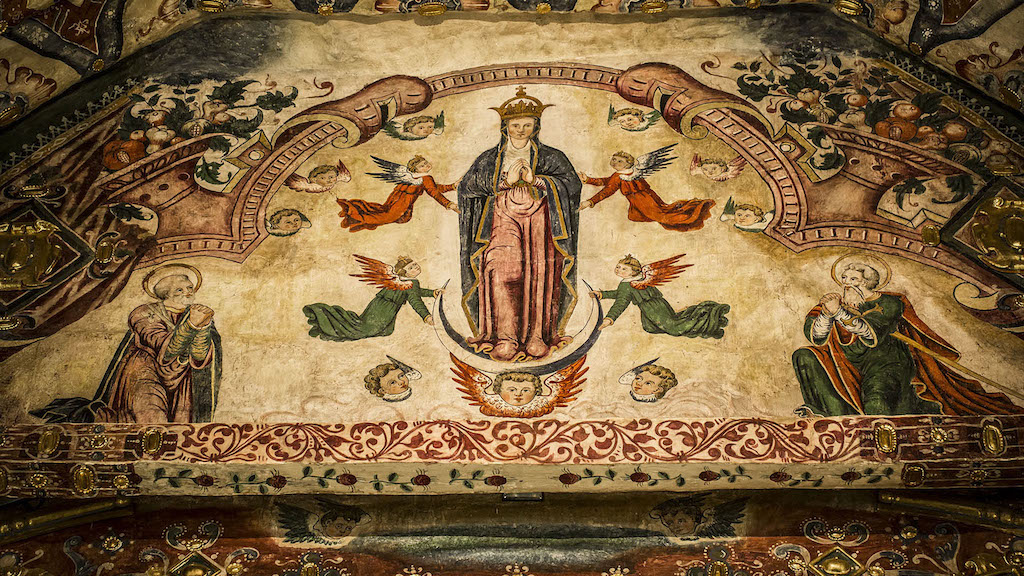 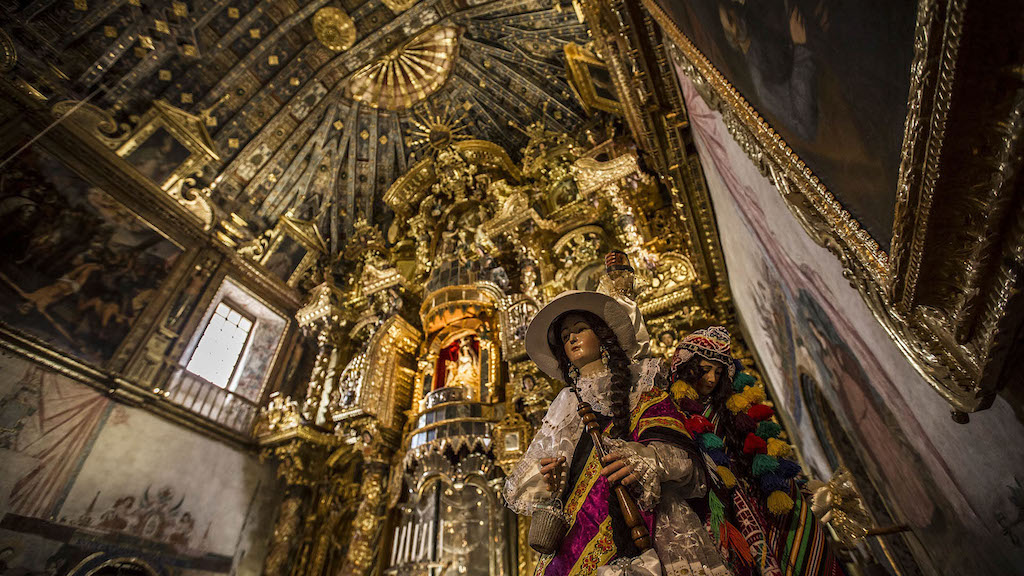 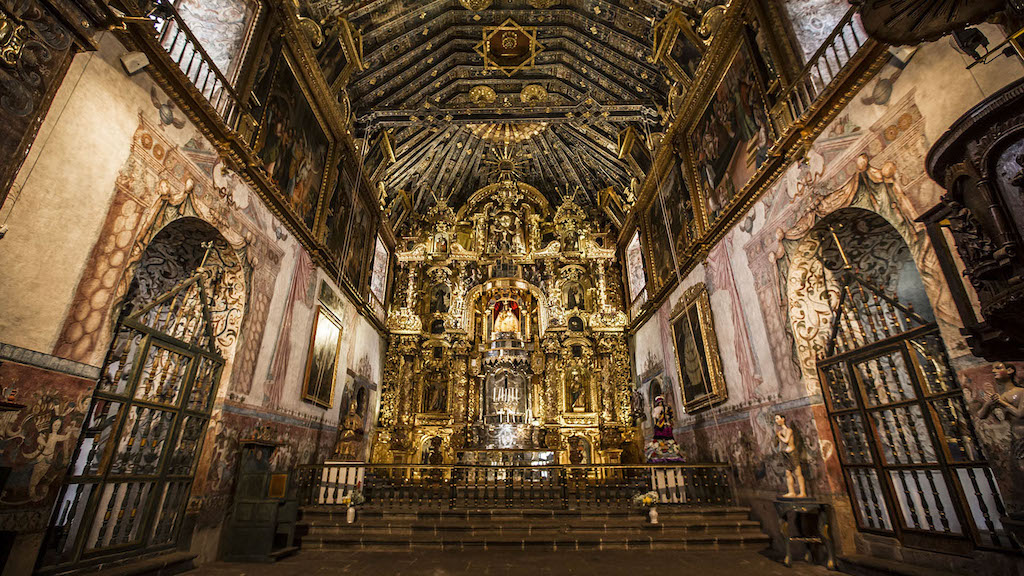 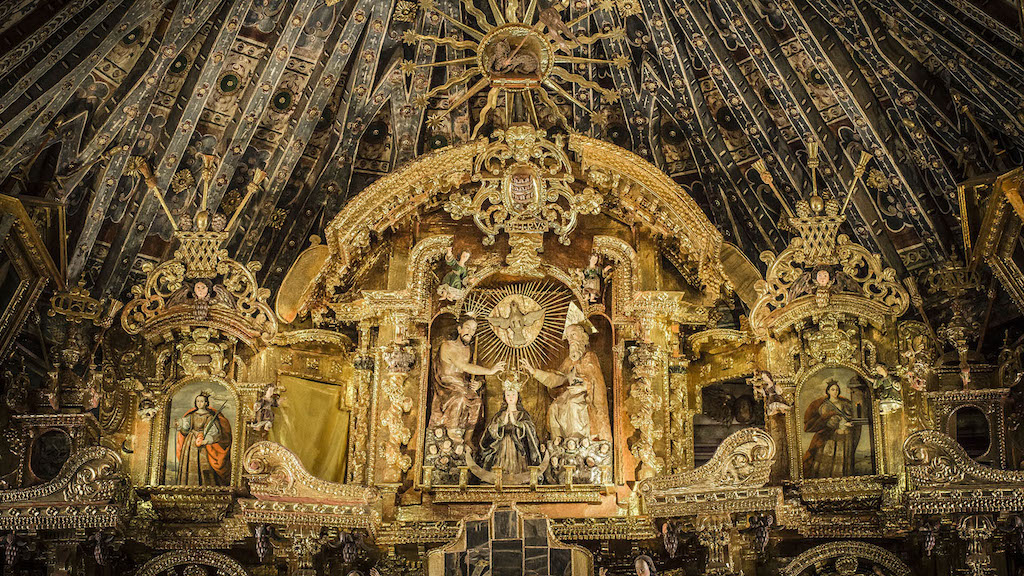 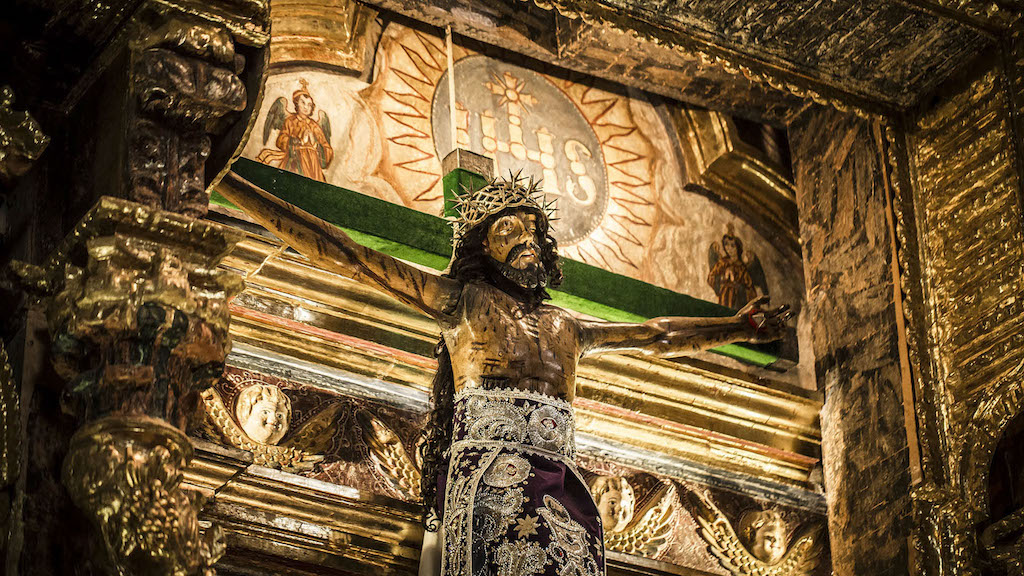 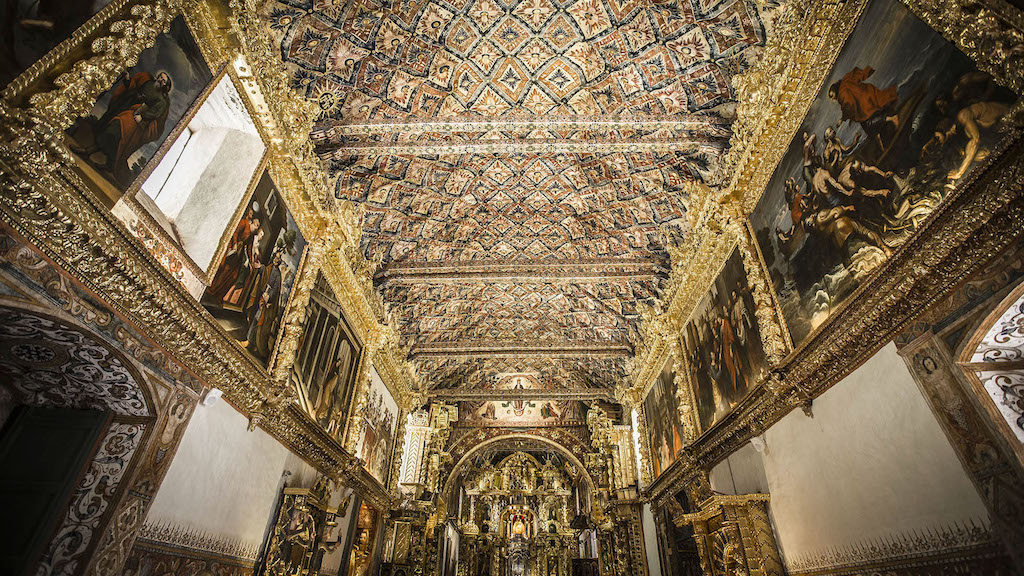 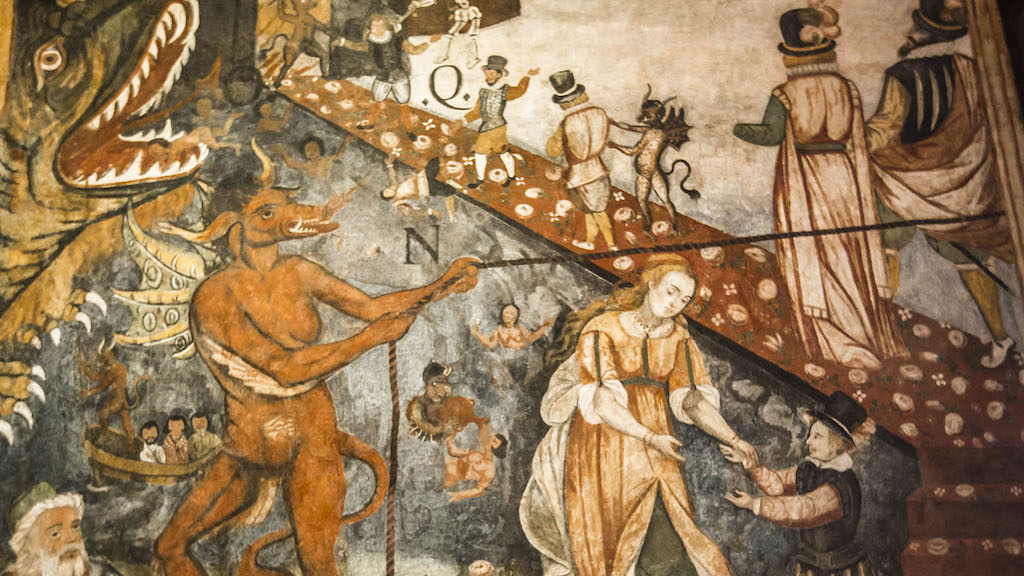 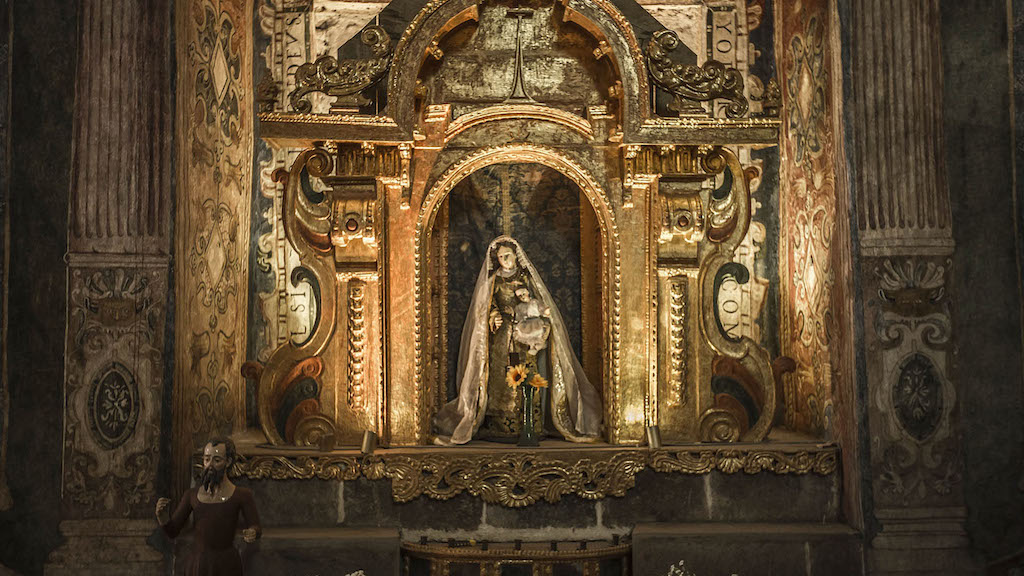 What most surprises people is the entire appearance of the church. They enter the temple and are in awe. Many of them say that they have been in “the most beautiful cathedrals in the world and have never seen anything like this”.